The superhuman athletes who mix legends with high tech 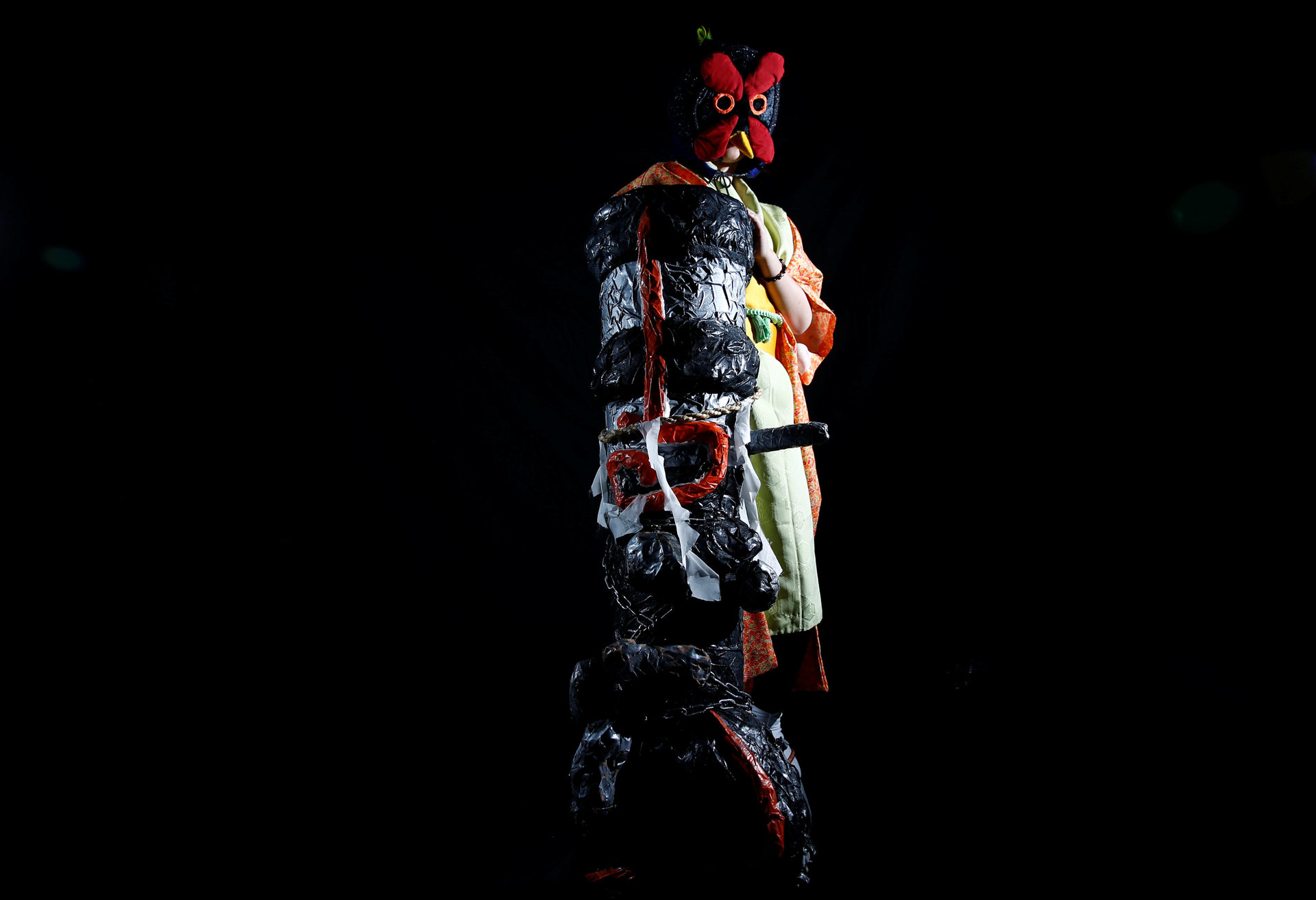 The superhuman athletes who mix legends with high tech

Now a new generation of inventors is drawing on this culture to create sports with a 21st-century twist – helping players feel “superhuman” through technology or other special equipment.

The Superhuman Sports Society, a Tokyo-based group of researchers and game designers, has certified 12 new sports since its launch in 2015, including “HADO”, or “wave motion” in English. 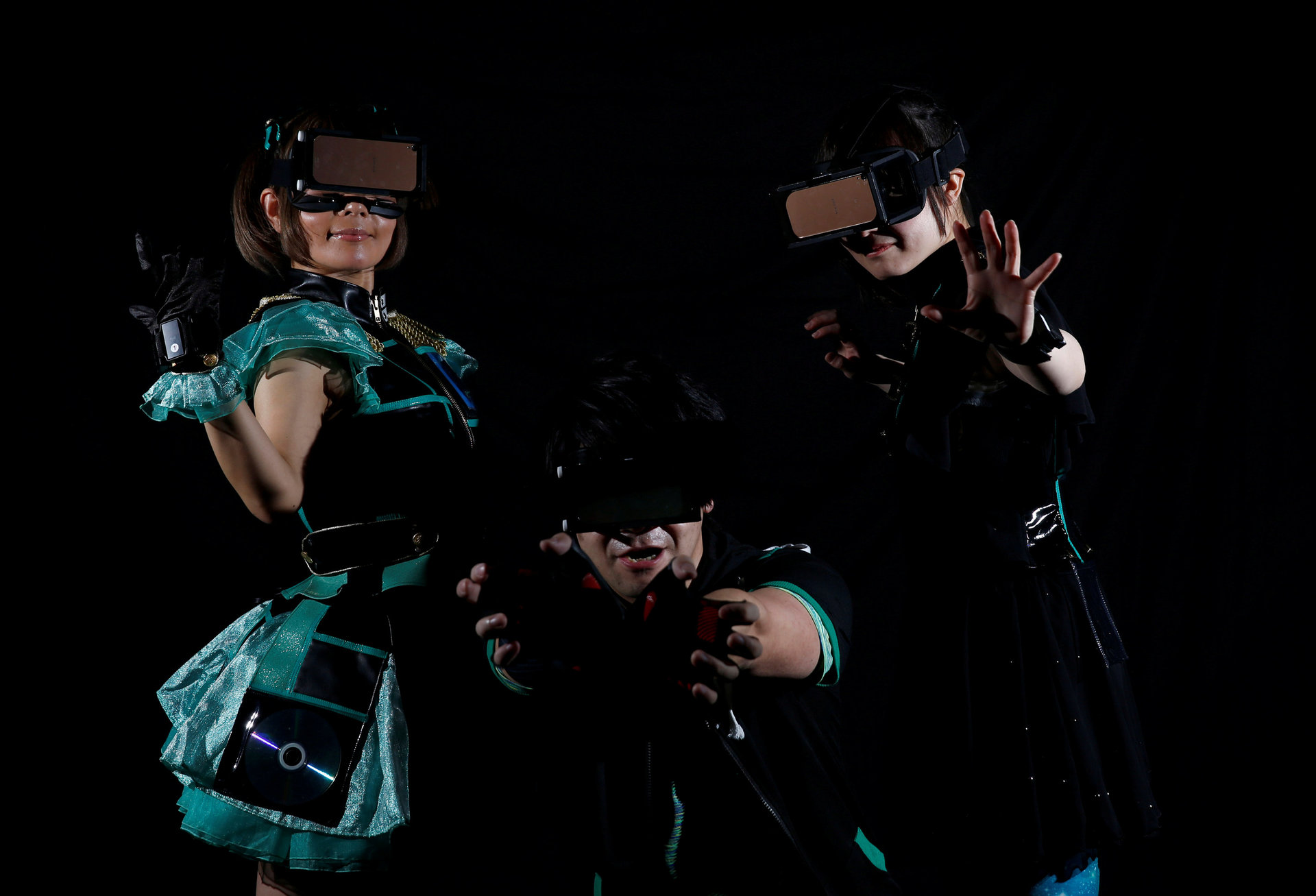 In “HADO”, players in head-mounted augmented-reality displays and armband sensors dodge waves of light as they fire energy balls at each other in a virtual arena. The game is similar to the action seen in the “Dragon Ball” manga-animation franchise and “Street Fighter” video games. 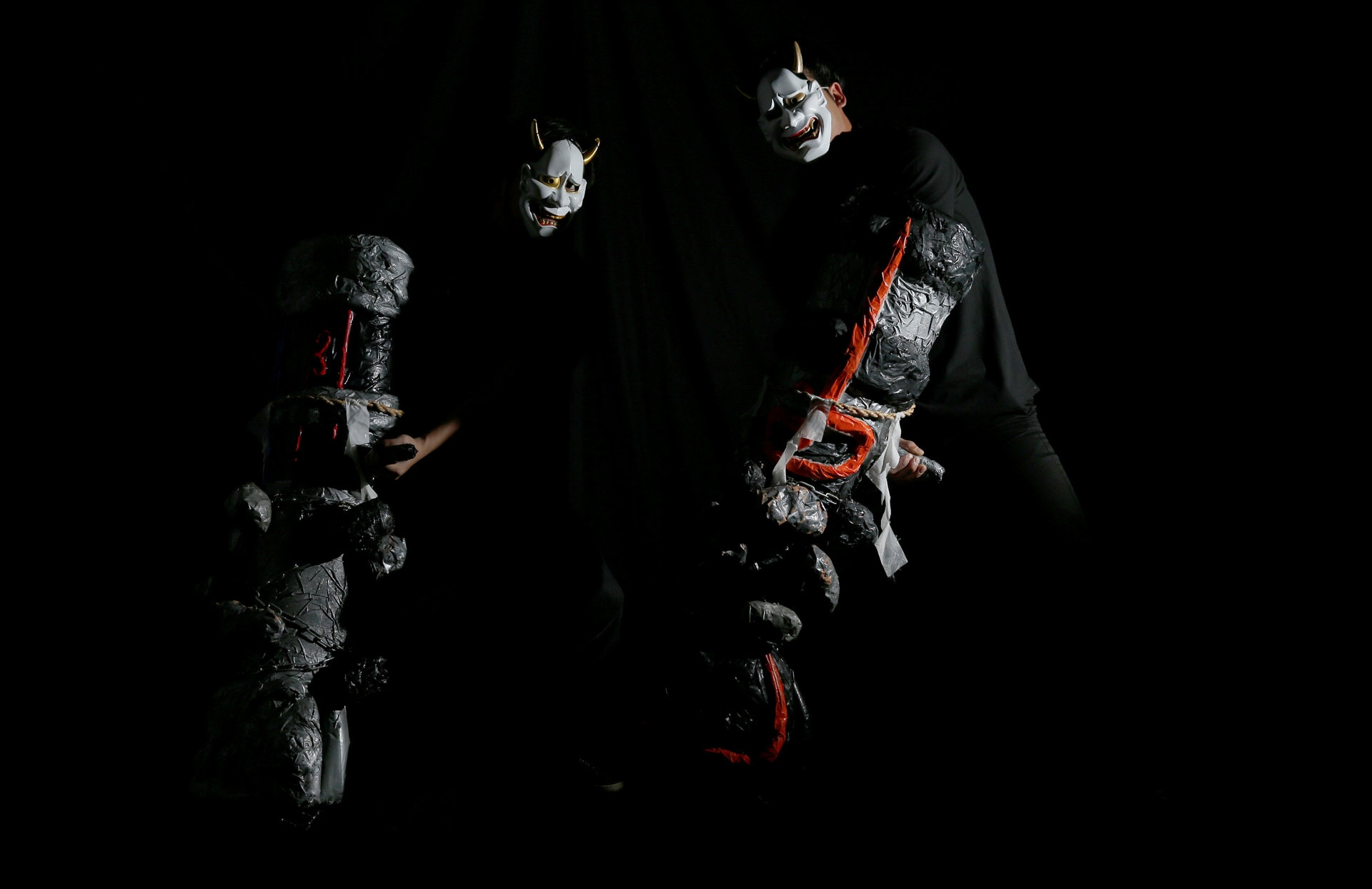 Some games are low tech such as “Rock Hand Battle”, in which each player wears an oversized arm and tries to knock off small rocks attached to an opponent’s “rock hand”.

Noriya Kazami, 25, a cartoonist and an inventor of “Rock Hand Battle” said she took inspiration from the legend of Mitsuishi (Three Rocks) and the Demon’s Handprint.

She also created a comic book series based on the legend, in which a devil was tied to rocks and made to stop harassing the local people. The devil left a handprint on one of the rocks, making a “rock hand”. 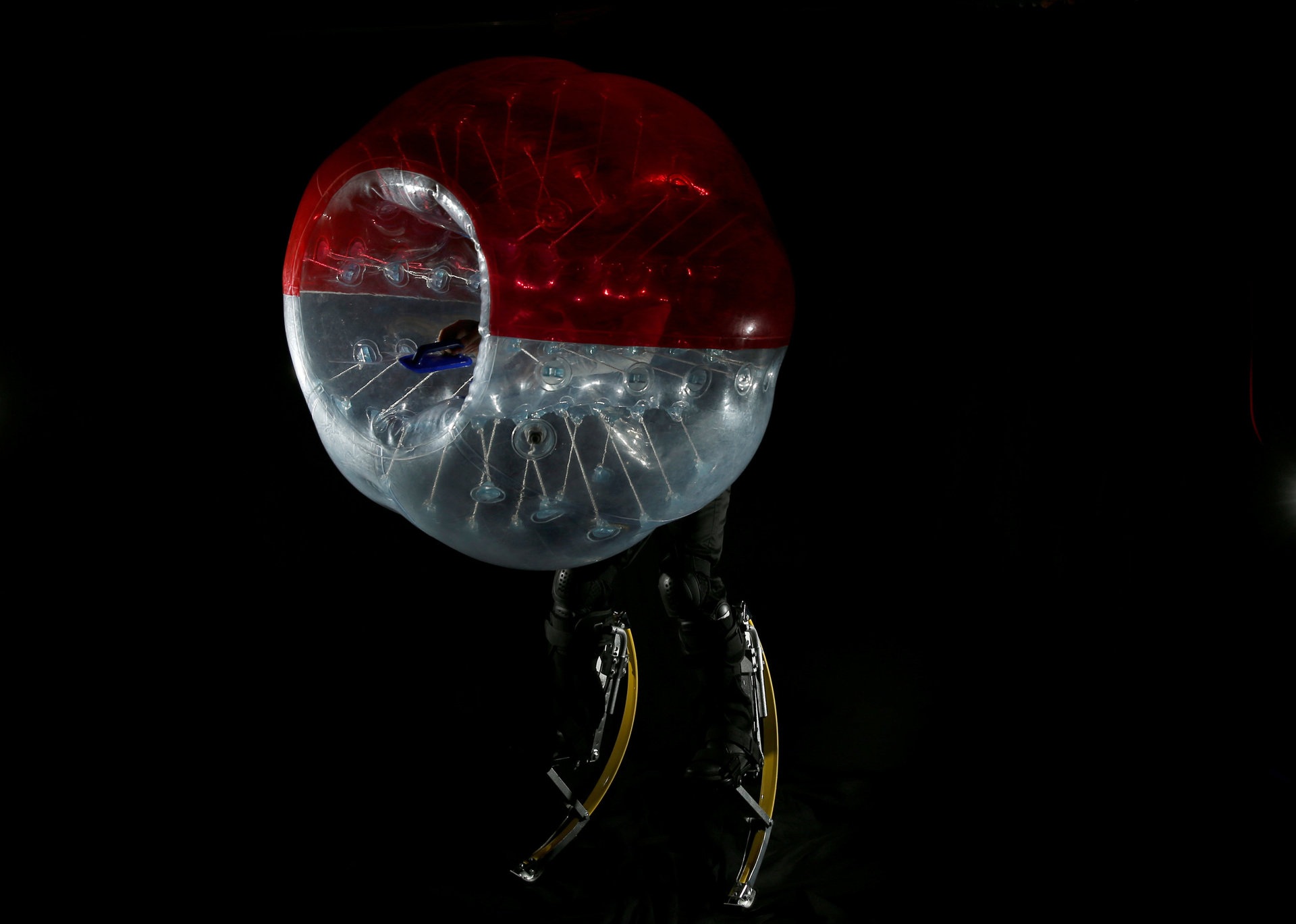 Ryoichi Ando, 27, a virtual-reality researcher and an inventor of “Bubble Jumper”, said he felt as if he were wearing the kind of augmented body suit found in science-fiction movies that boosts the wearer’s strength.

In “Bubble Jumper”, players walking on stilts and wearing inflatable bubble protectors crash into each other like sumo wrestlers. 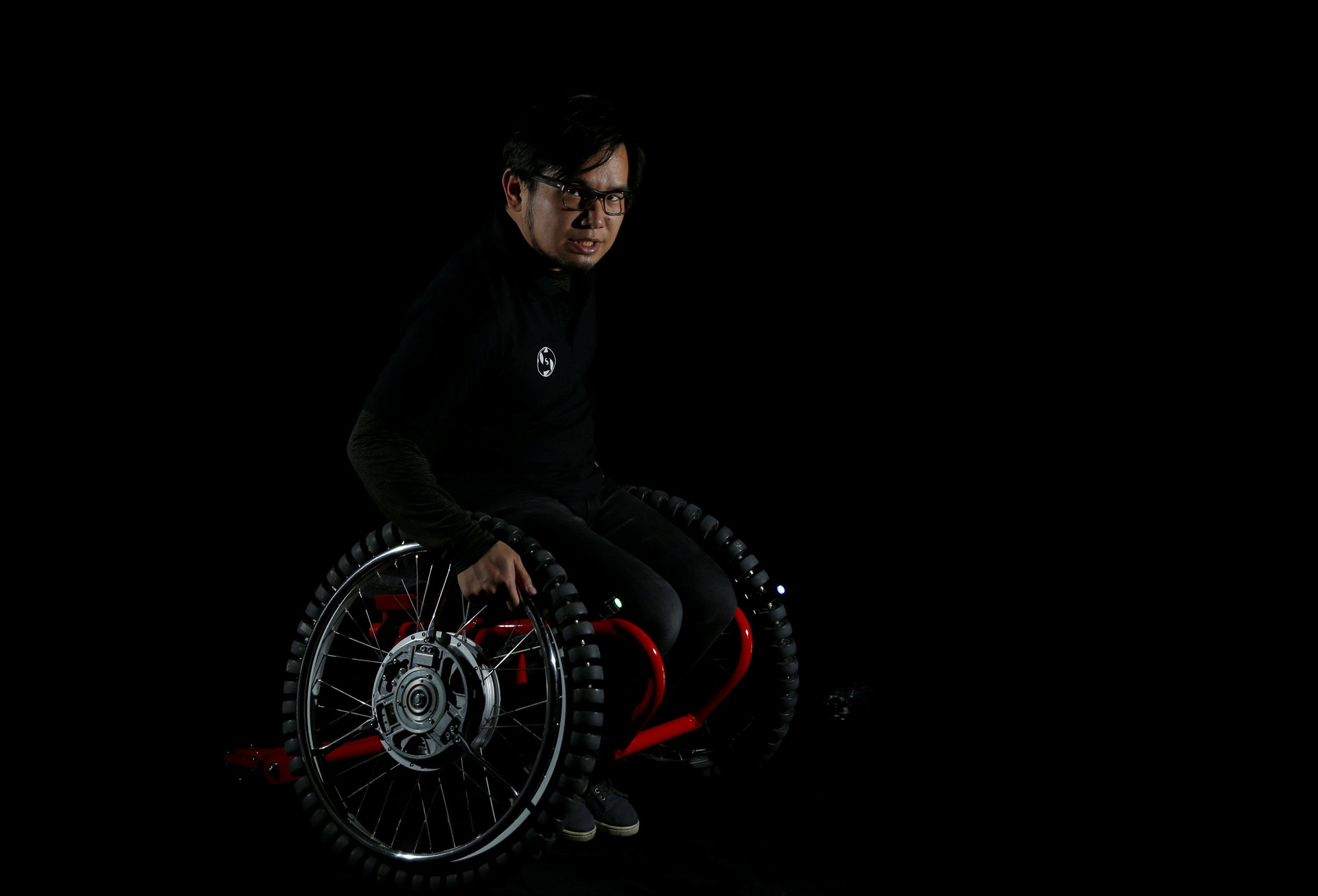 “Technology can improve and supplement human ability,” said Isao Uebayashi, 38, a sports science researcher and an inventor of “Slide Lift”. “Anyone can do ‘drift racing’ with this wheelchair,” he said. 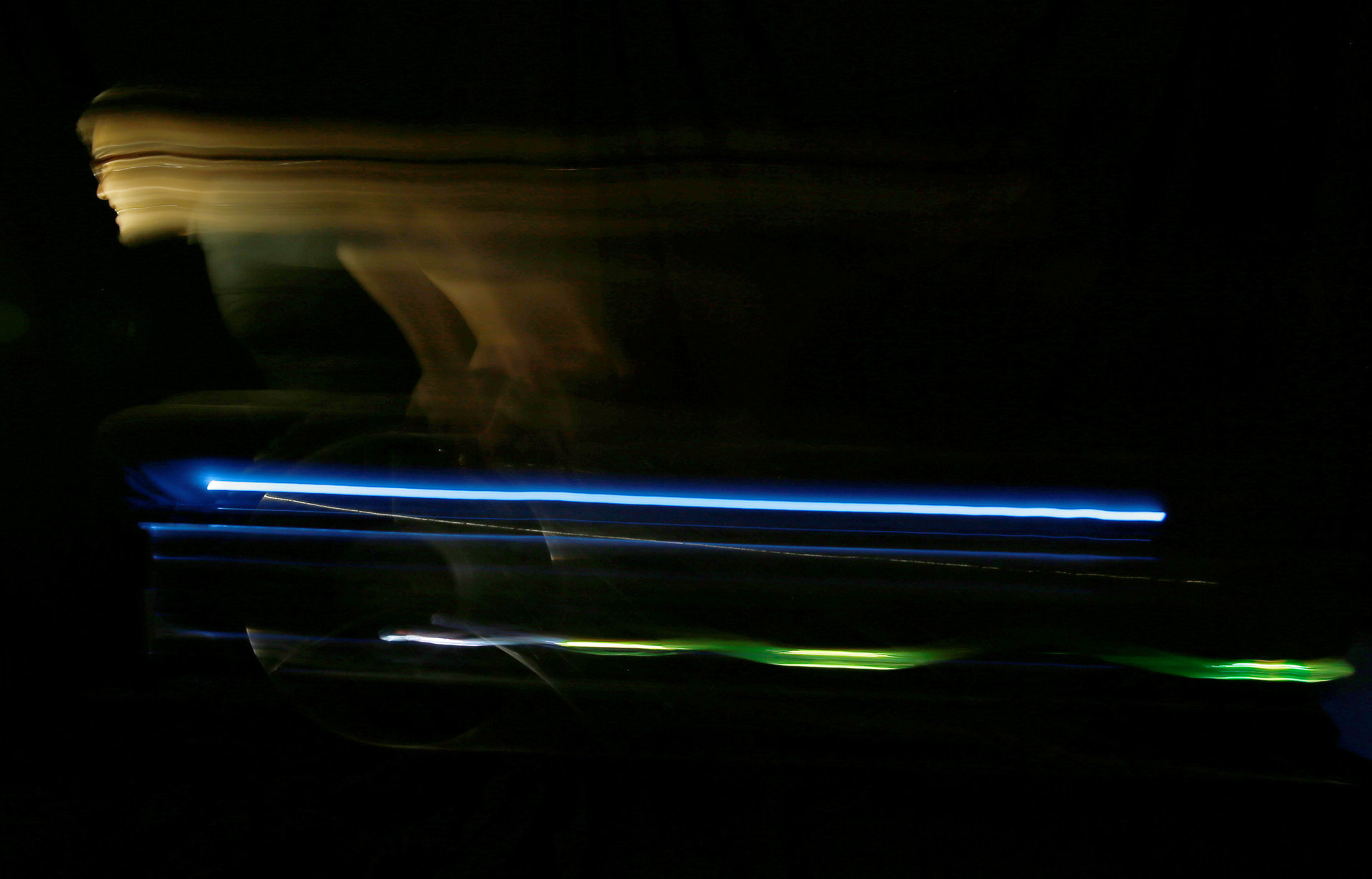 Equipped with special wheels, the motor-assisted wheelchair can be moved by “Slide Lift” racers in any direction, including in racing car-like drifts. 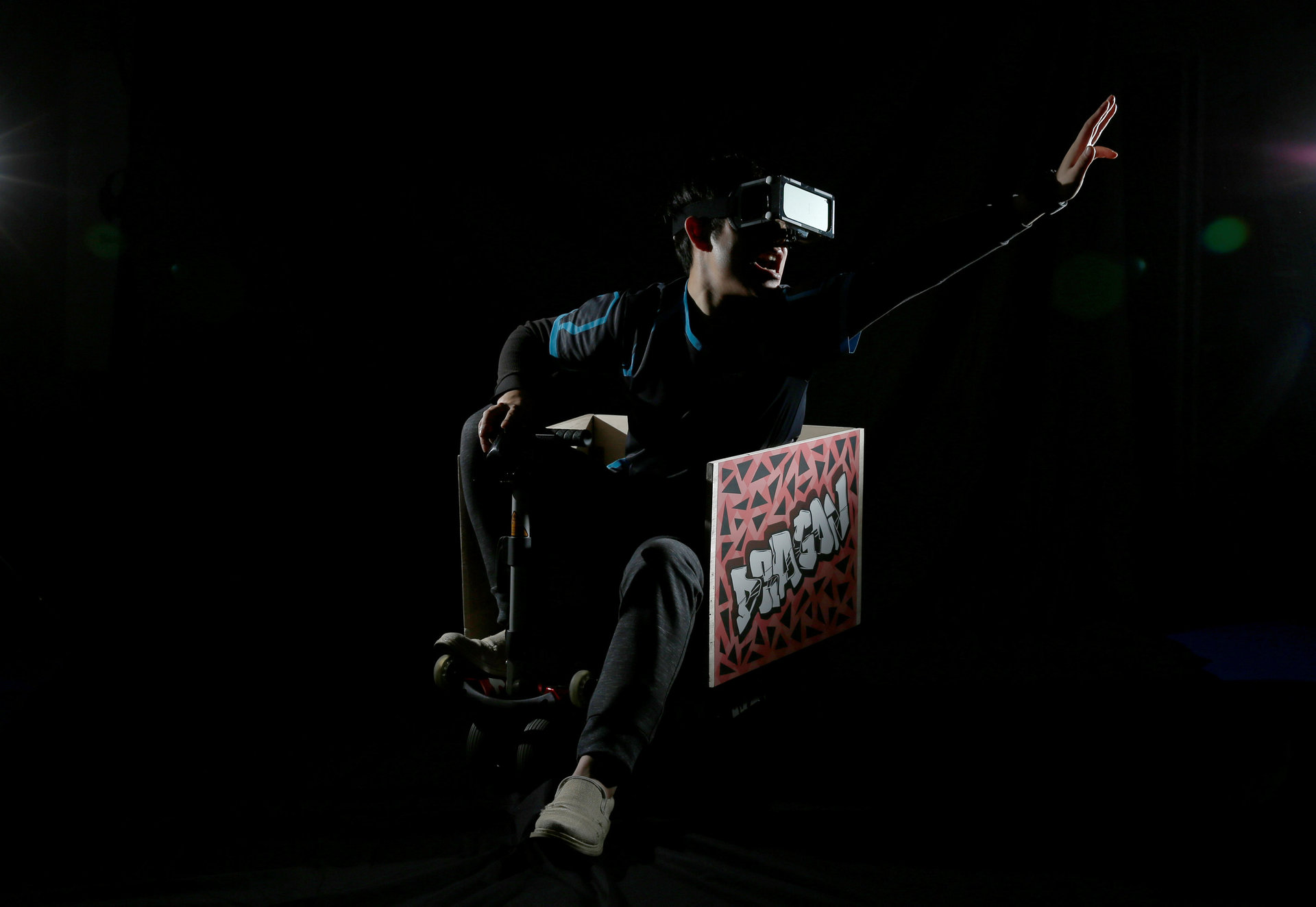 Tomohiro Hamamura, 25, who works in IT sales and is a “HADO Kart” player, said: “When I play this sport, I don’t need to think seriously. I just feel the existence of another world which is different from my real world.” 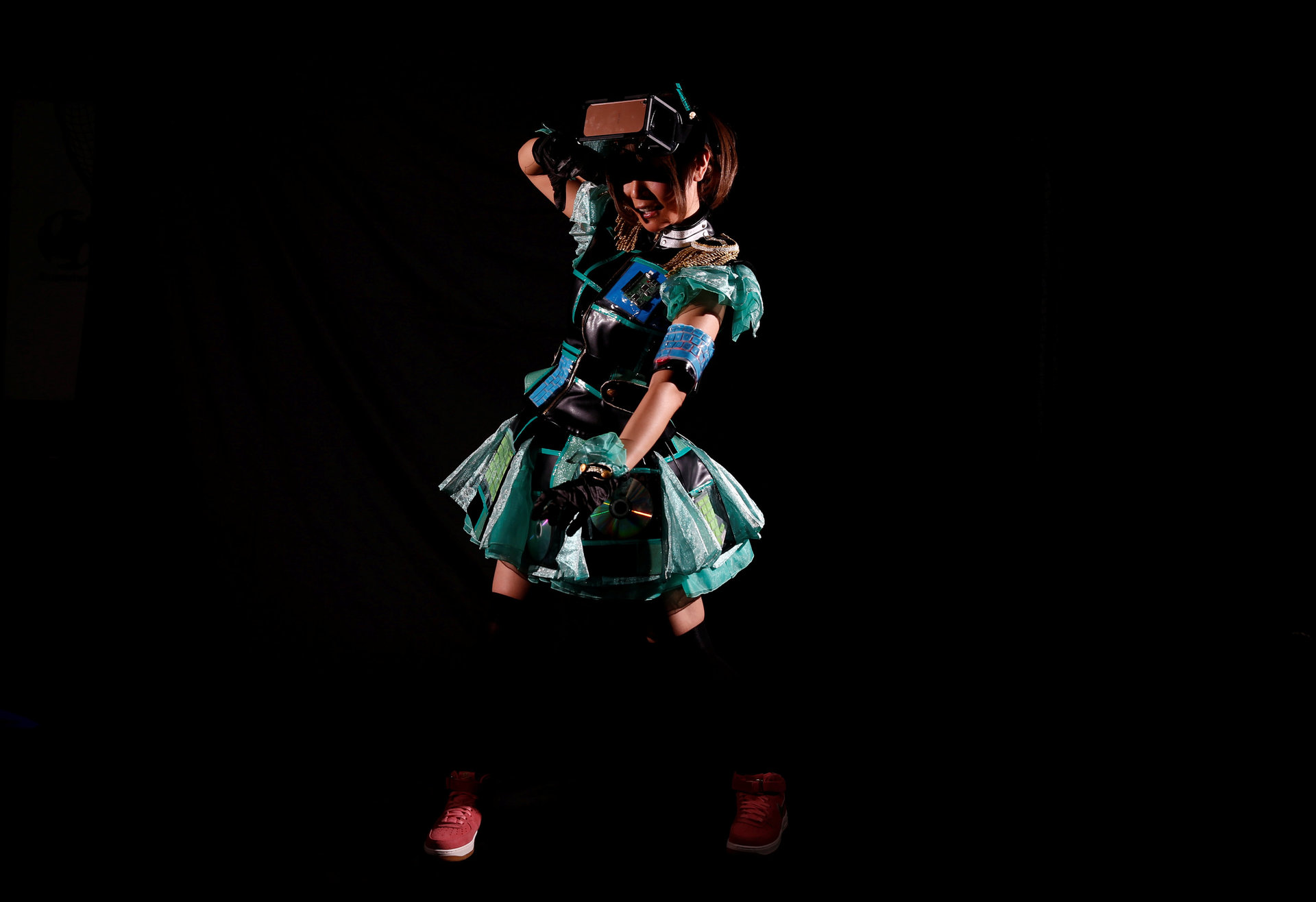 Piyohina, an Internet idol and singer of animation songs, said: “When I play HADO, I always simulate in my head the best way to fire an energy ball.” 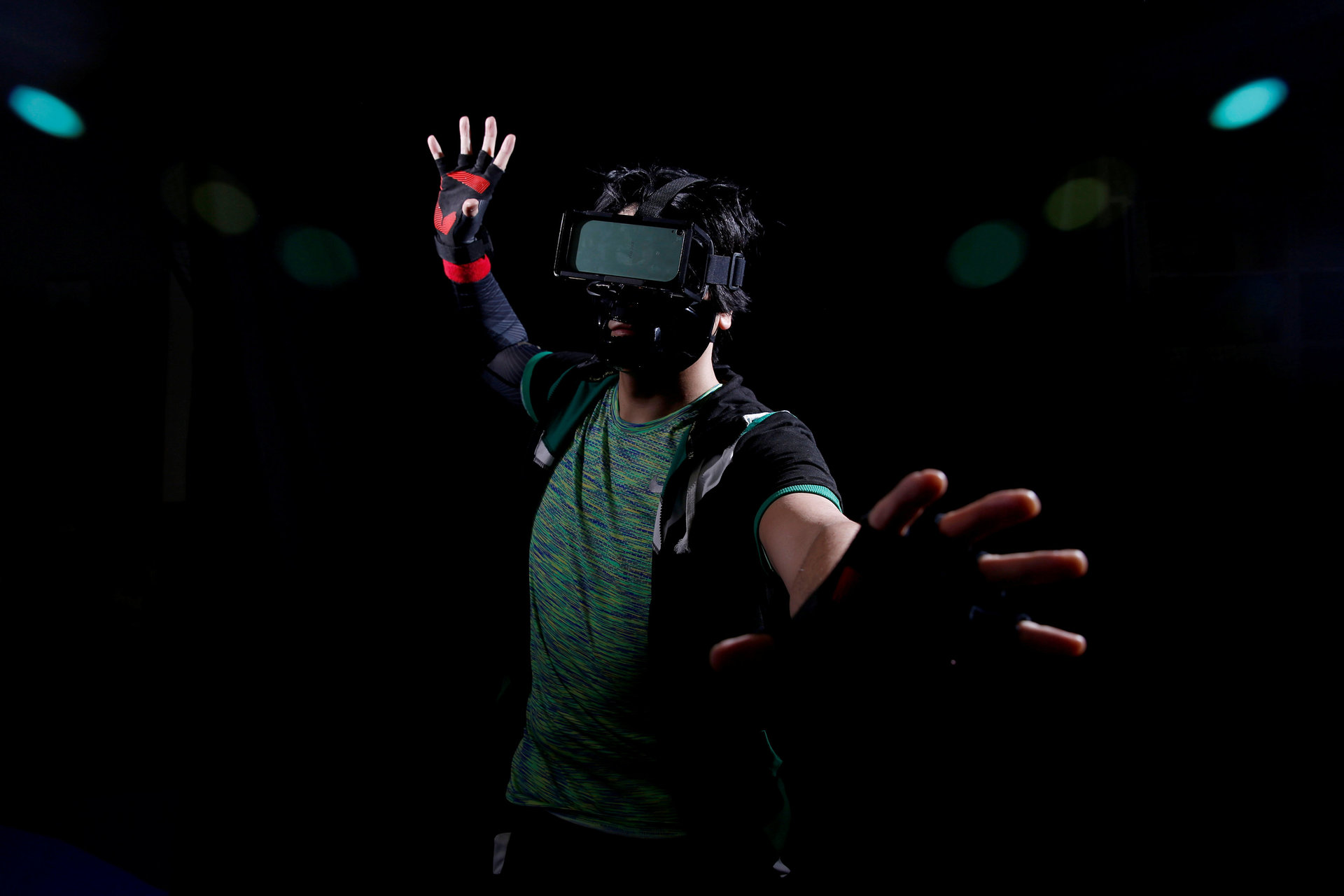 Junpei Sasaki, a singer and “HADO” player, said: “Sometimes I can feel the sensation of the energy ball leaving my hand when I play HADO. It makes playing the sport really exciting.” 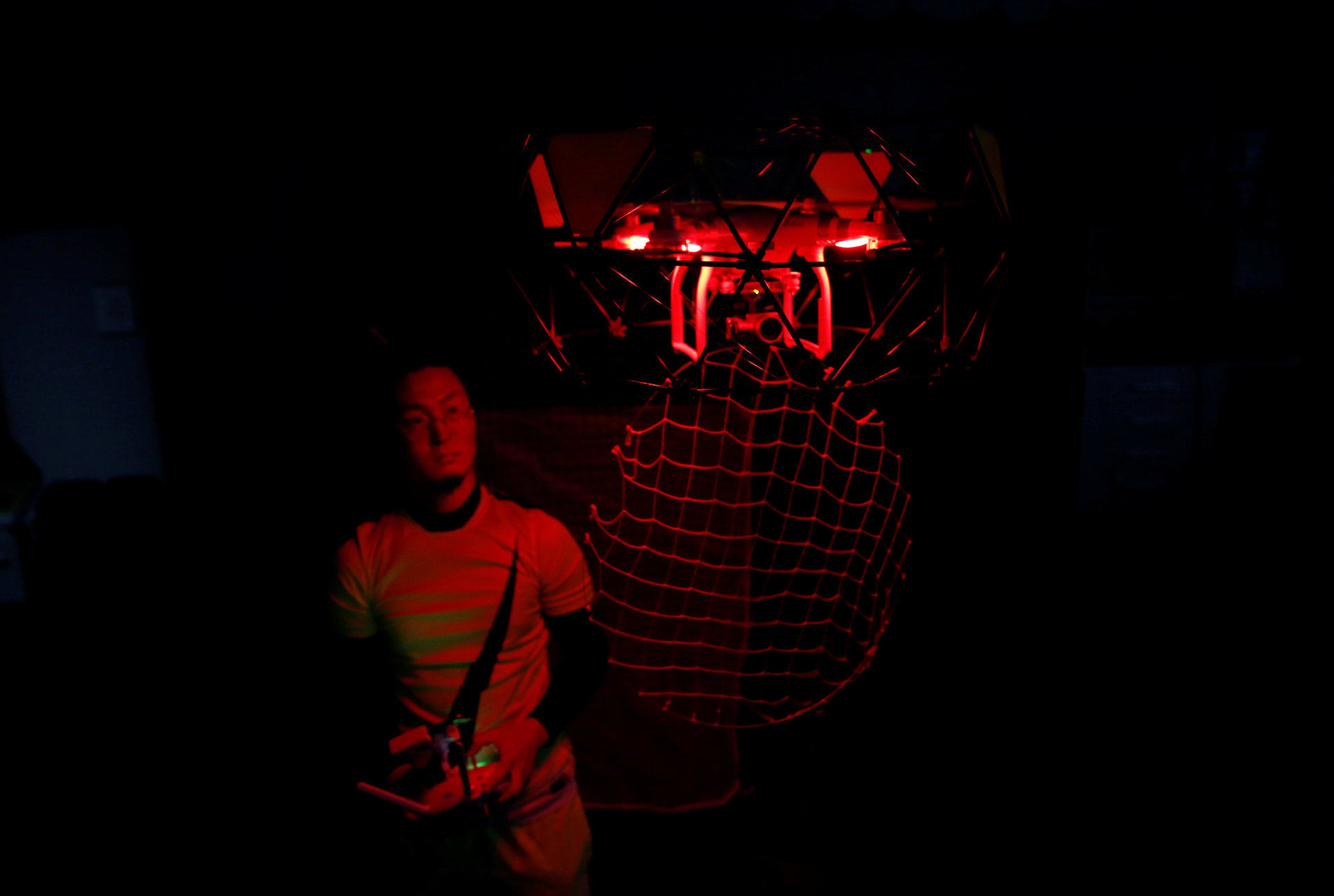 Hirohiko Hayakawa, 26, a Ph.D. student in media design and an inventor of “ToriTori”, said: “The drone in the air is a part of the player’s body and this sport integrating human and machine makes me experience the feeling of flying.” Hayakawa said he was inspired by the bird catchers (“tori tori” in Japanese) in Kenji Miyazawa’s classic 1934 fantasy novel “Night on the Galactic Railroad”. 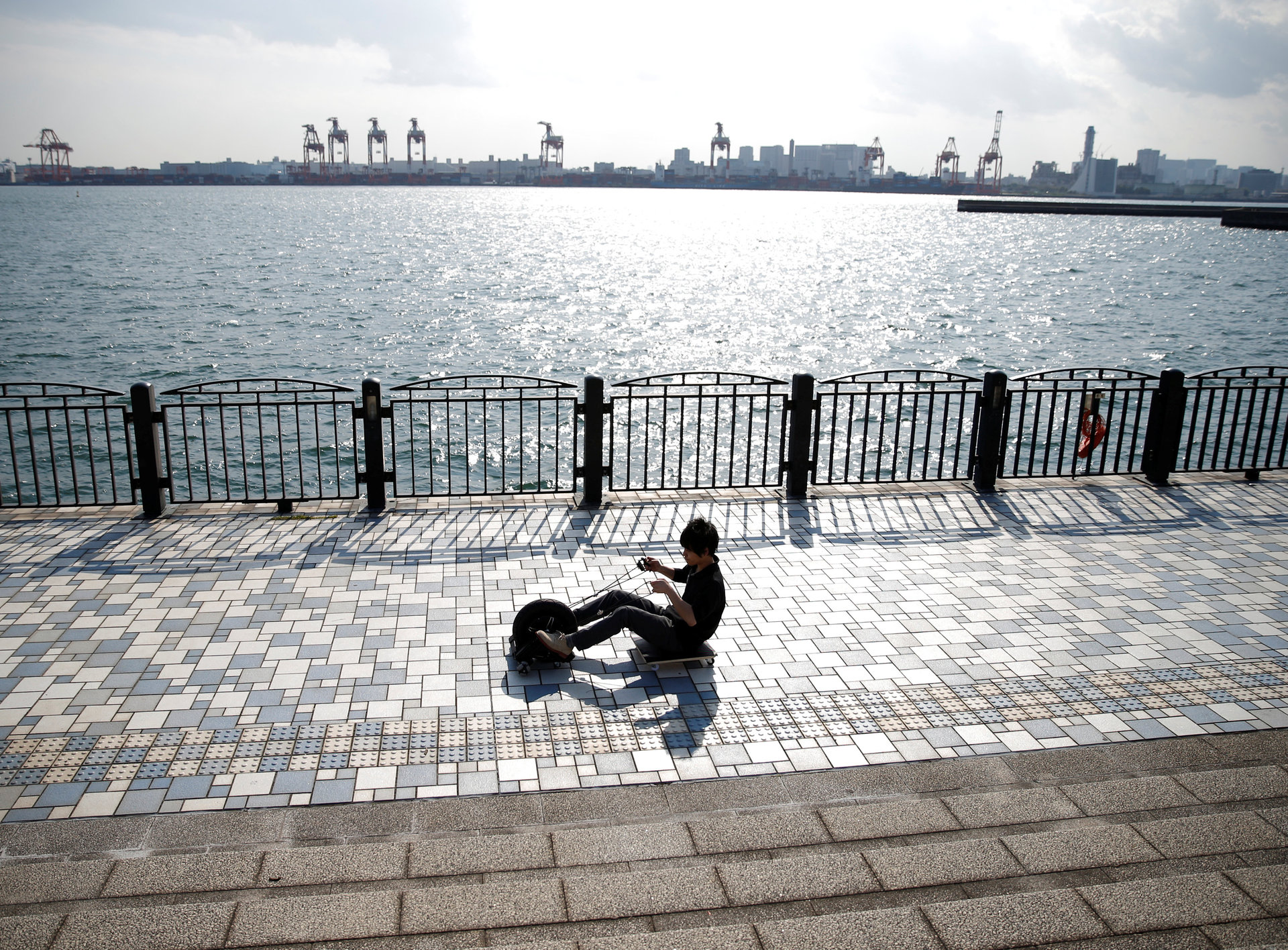 Kosuke Sato, 25, a Ph.D. student in human informatics and an inventor of “Carry Otto”, said he wanted to create a sport anyone could enjoy regardless of age, gender or disability. Carry Otto is a motorized wheel device with reins that pull a rider seated on a dolly. Riders race each other.