Delving into a Saigon alley where time stands still 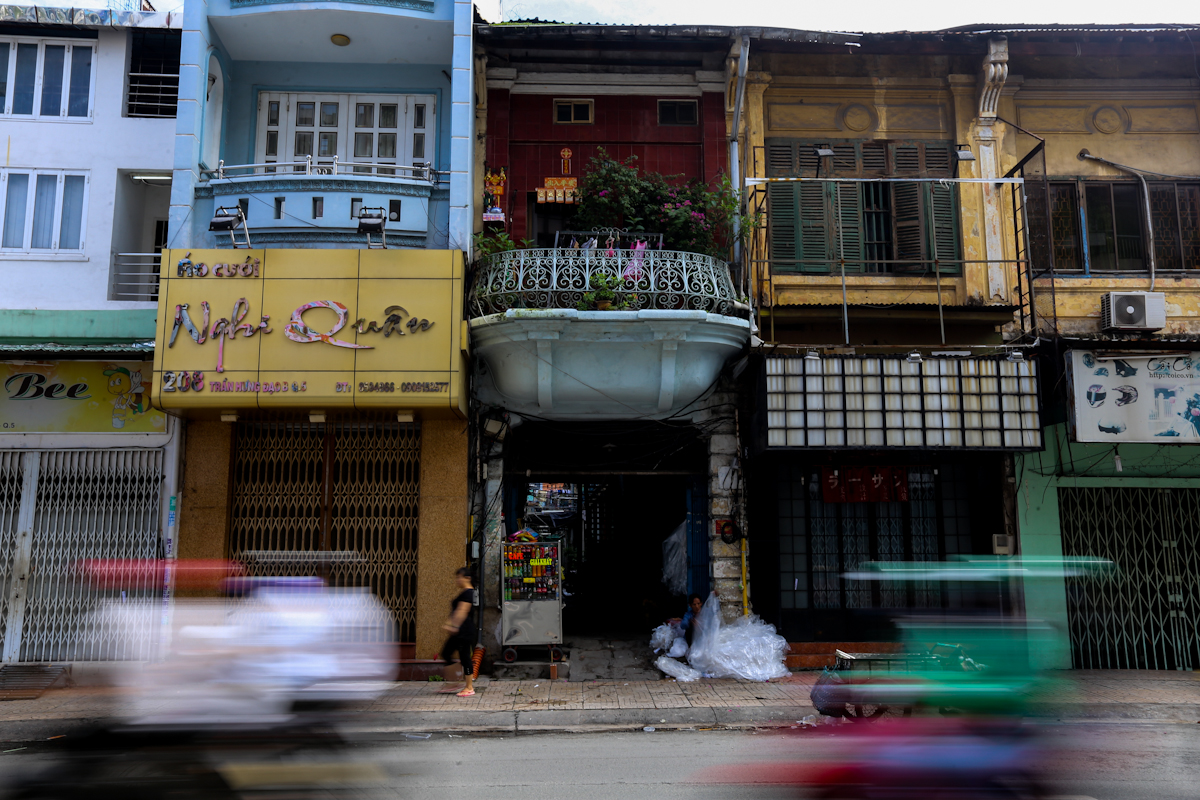 The entrance (with the blue balcony) at 206 Tran Hung Dao Street, District 5.

Being part of the Chinese community, many of the residents here can’t speak Vietnamese and instead converse in Cantonese. They are the offspring of Chinese merchants and artisans who flocked to the city and rented the in-demand property close to Cho Lon and Tau Hu Canal, a main waterway then. 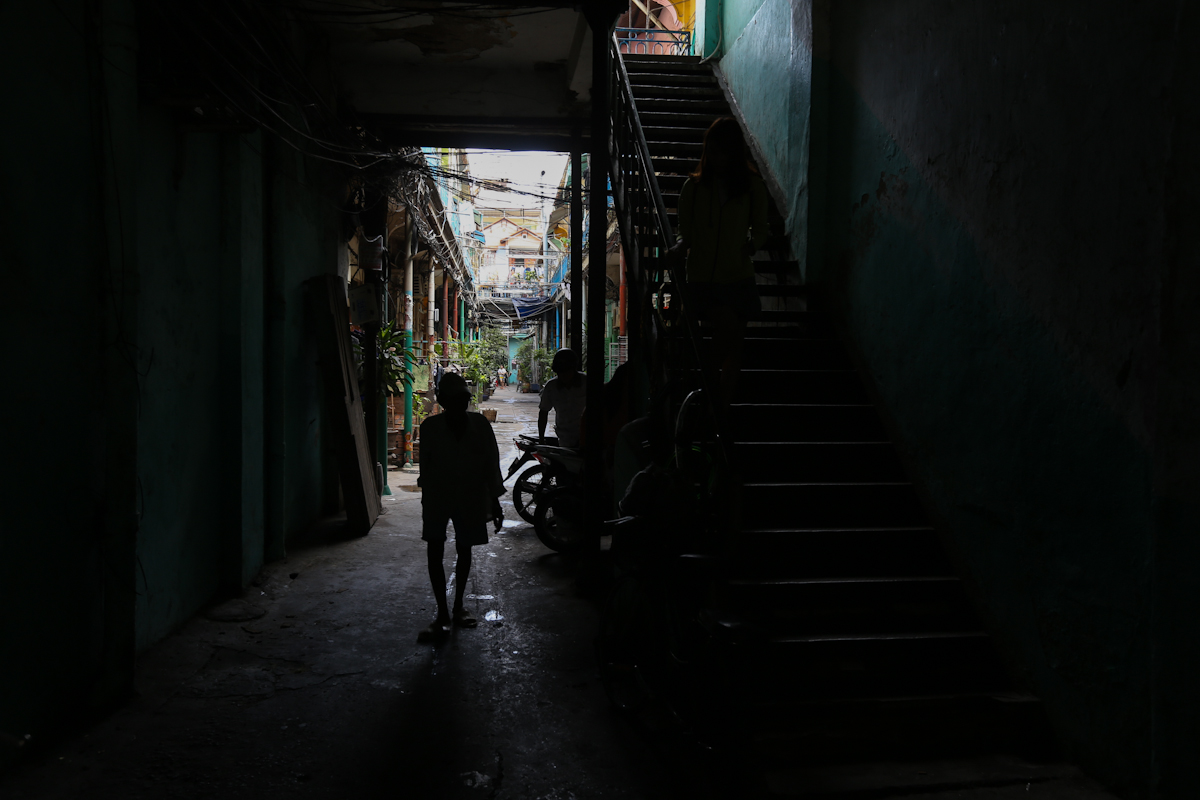 The dark gateway into the lost community. 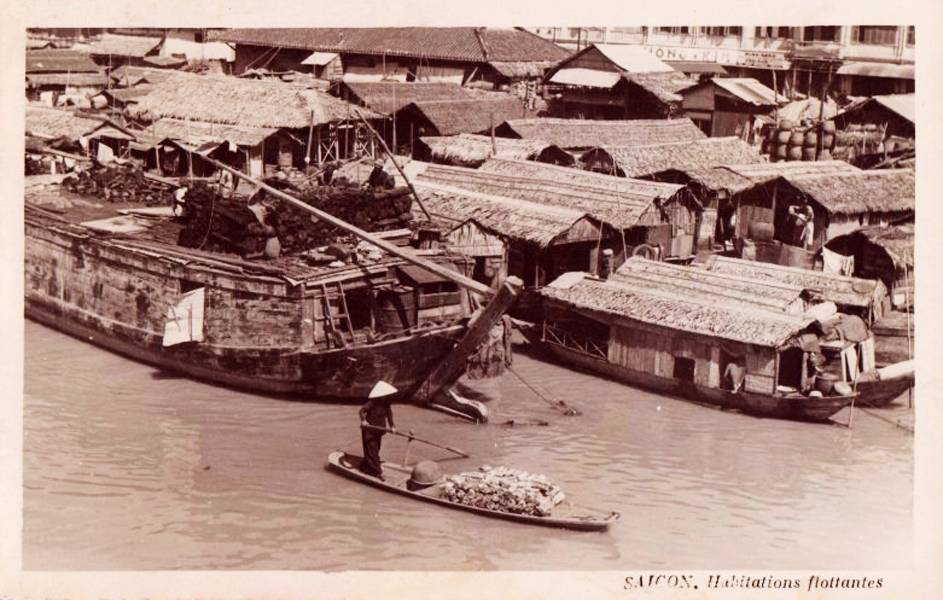 Tau Hu Canal, one of the main waterways to Cholon then. Photo via Flickr/manhhai

Ethnic Chinese, locally referred to as the Hoa people, arrived in the south of Vietnam over 300 years ago, and drove much of the country’s southward expansion.

Like their fellow settlers across Southeast Asia, the Hoa dominated local business and commerce, particularly in the rice industry during the colonial era. Before 1975, they made up a large proportion of the city’s middle, well-educated class.

The Chinese attributed their business success mostly to their beliefs and religions. Their houses are painted in vibrant colors as a way of praying for prosperity and a successful business. 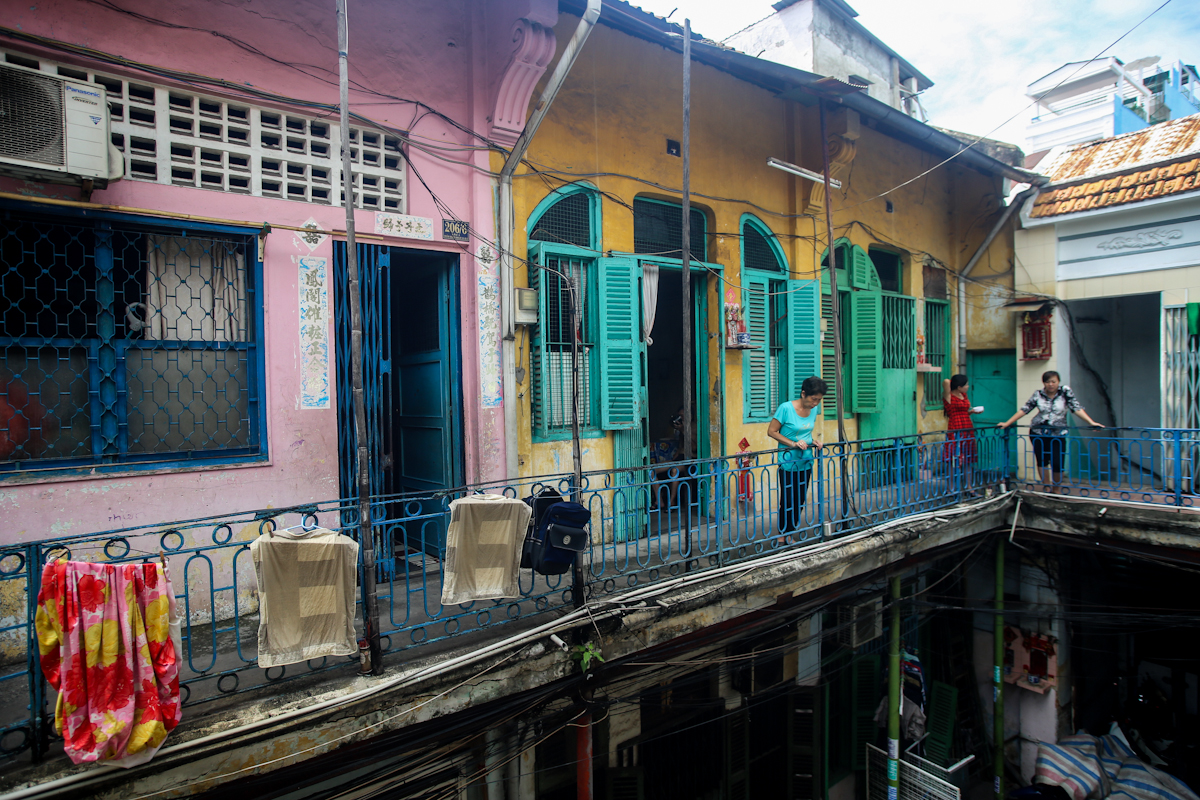 The origins of the name Hao Sy Phuong vary. Many believe it to be a combination of three words, Hao – generosity, Sy – artisans, and Phuong – guild. However, A Ton, a senior resident of 50 years, explained that it was simply named by Hua Bon Hoa, then one of the wealthiest men in town, whose palace is now the city’s famous Museum of Fine  Arts. 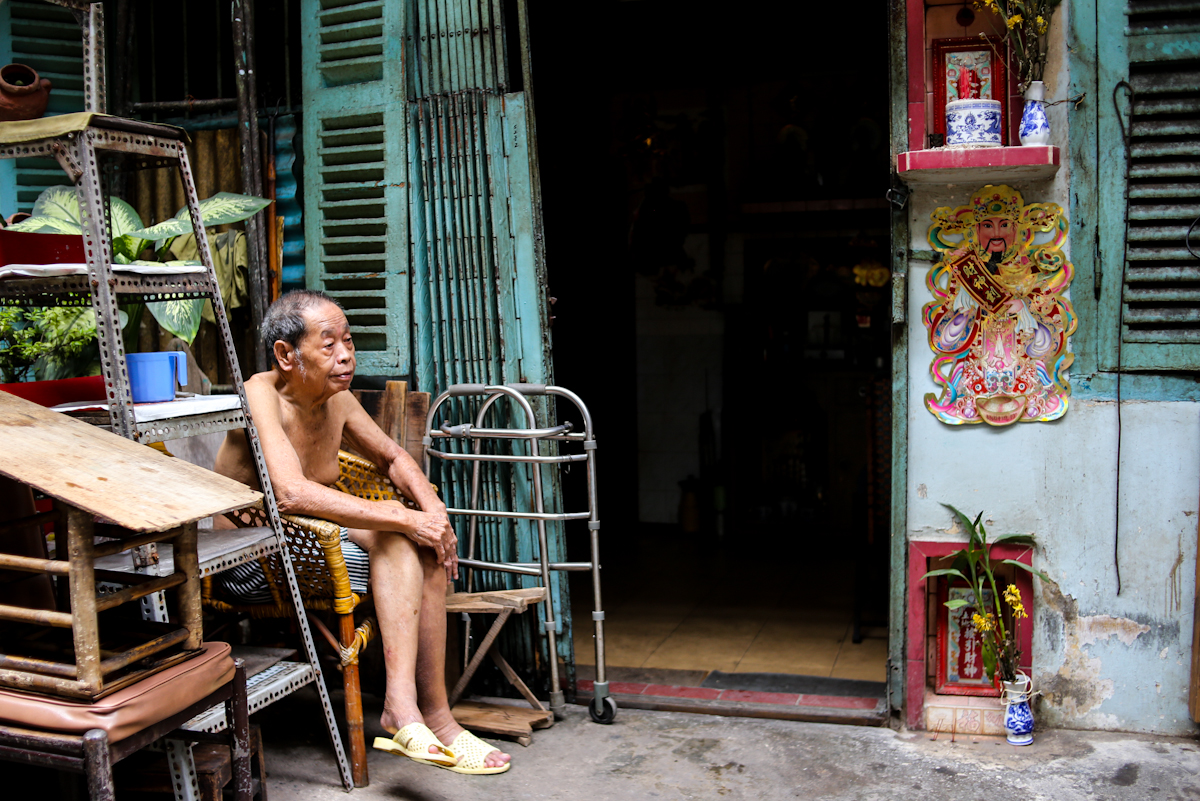 A Ton said these were all tenements built by a rich businessman to rent out to merchants, but another tale says it was where workers hired by a man named Hao Sy lived. 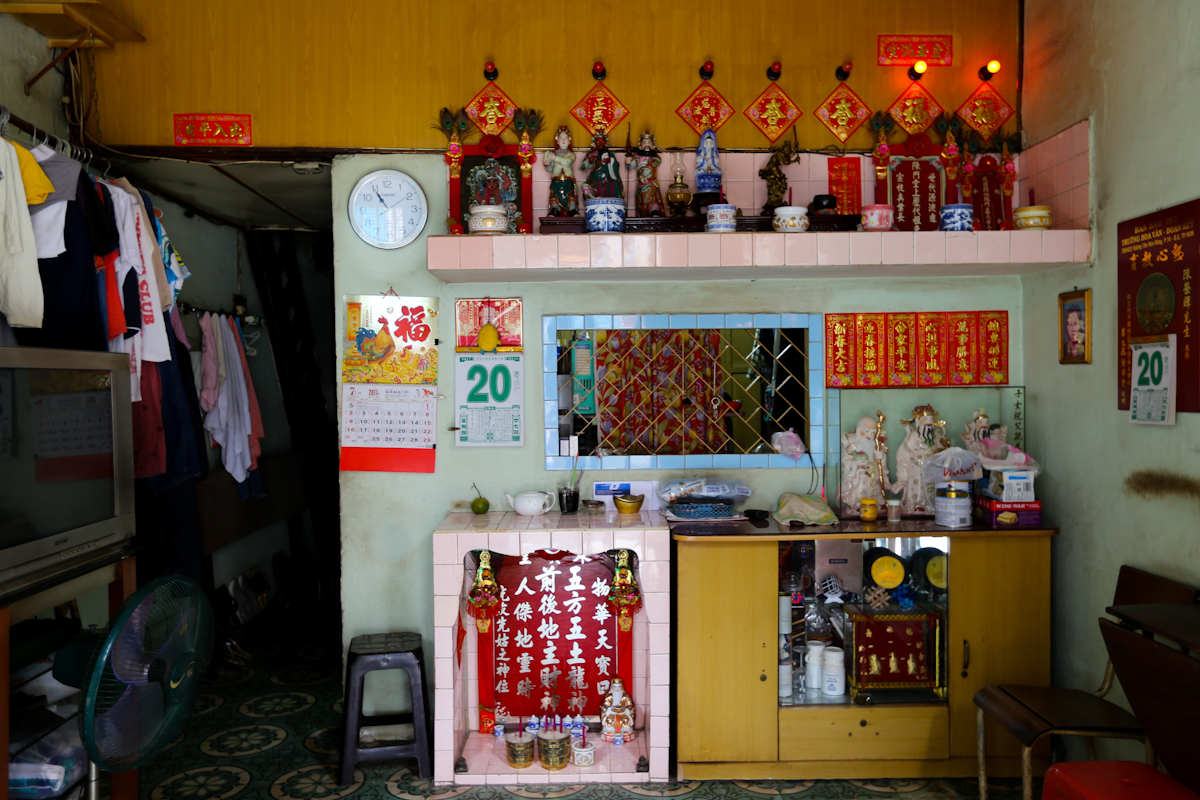 The houses were built in the style of old apartment blocks, with long, proportionately narrow, single-room structures. Now they are shared by two or three generations of families. 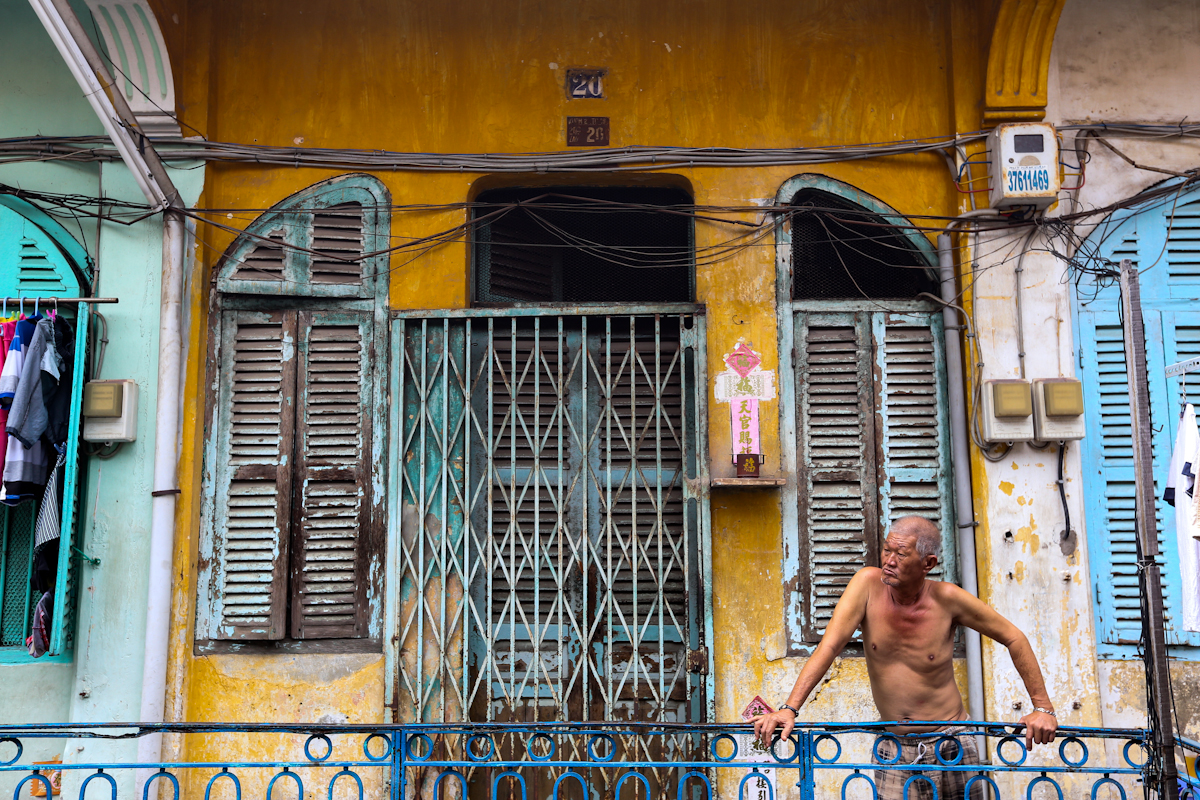 “I was born here and this alley has not changed since,” said Ly Thang, 65. 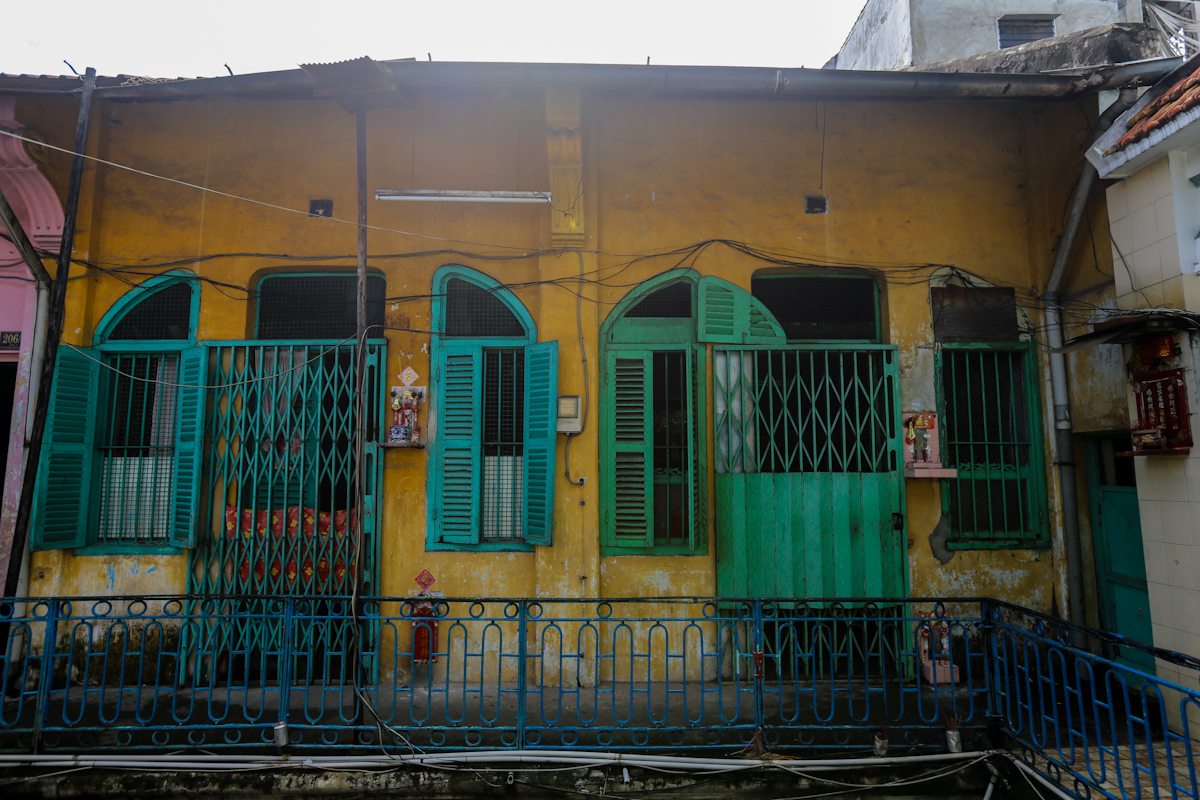 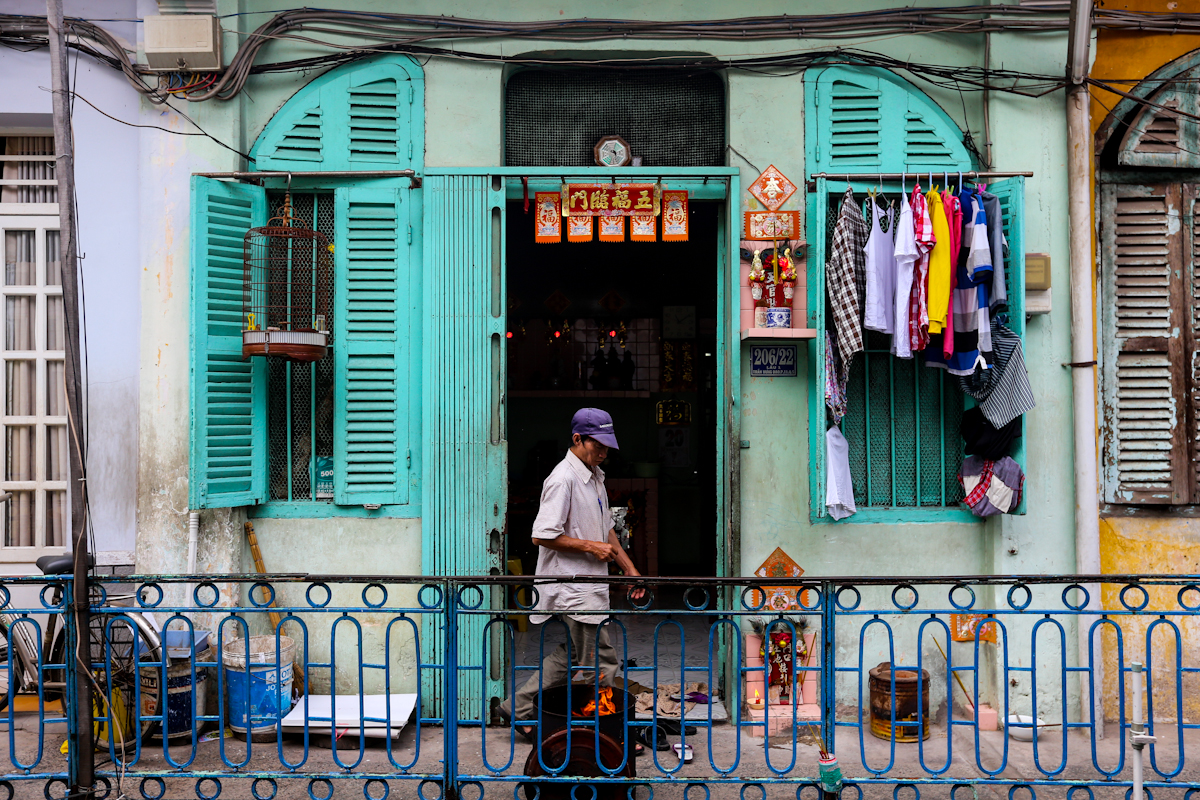 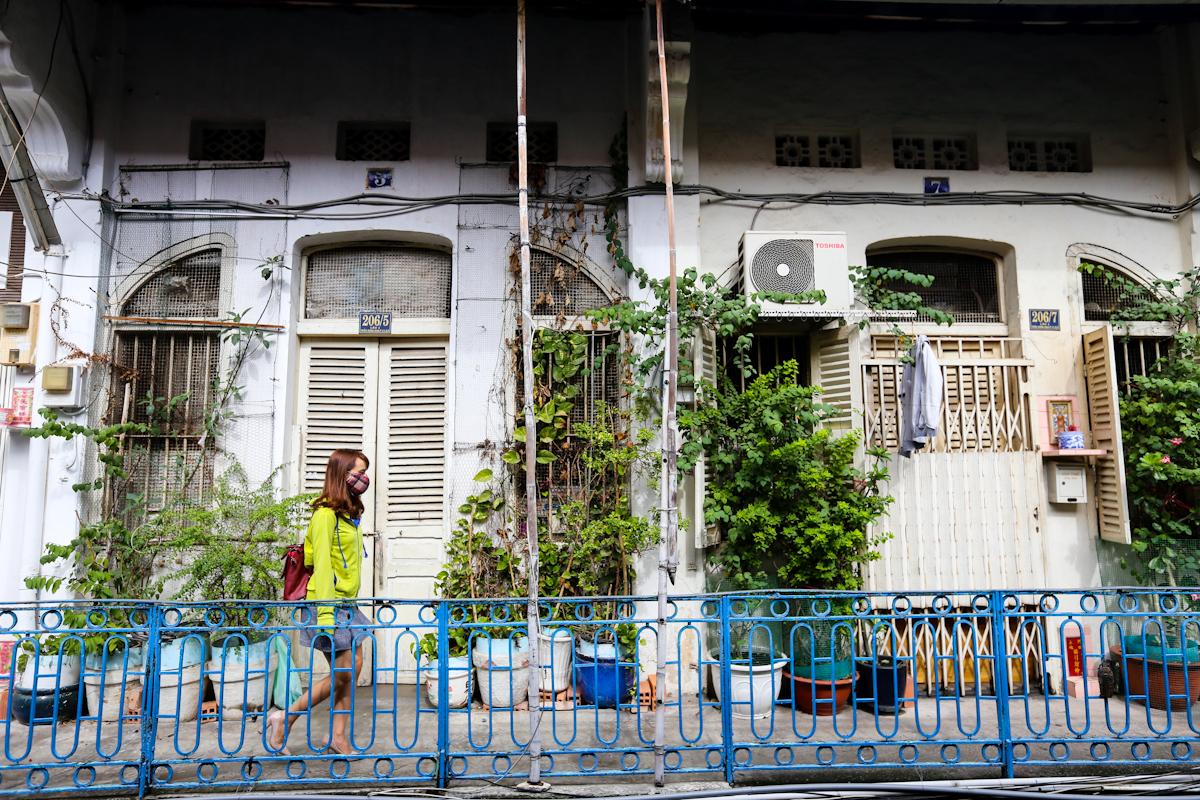 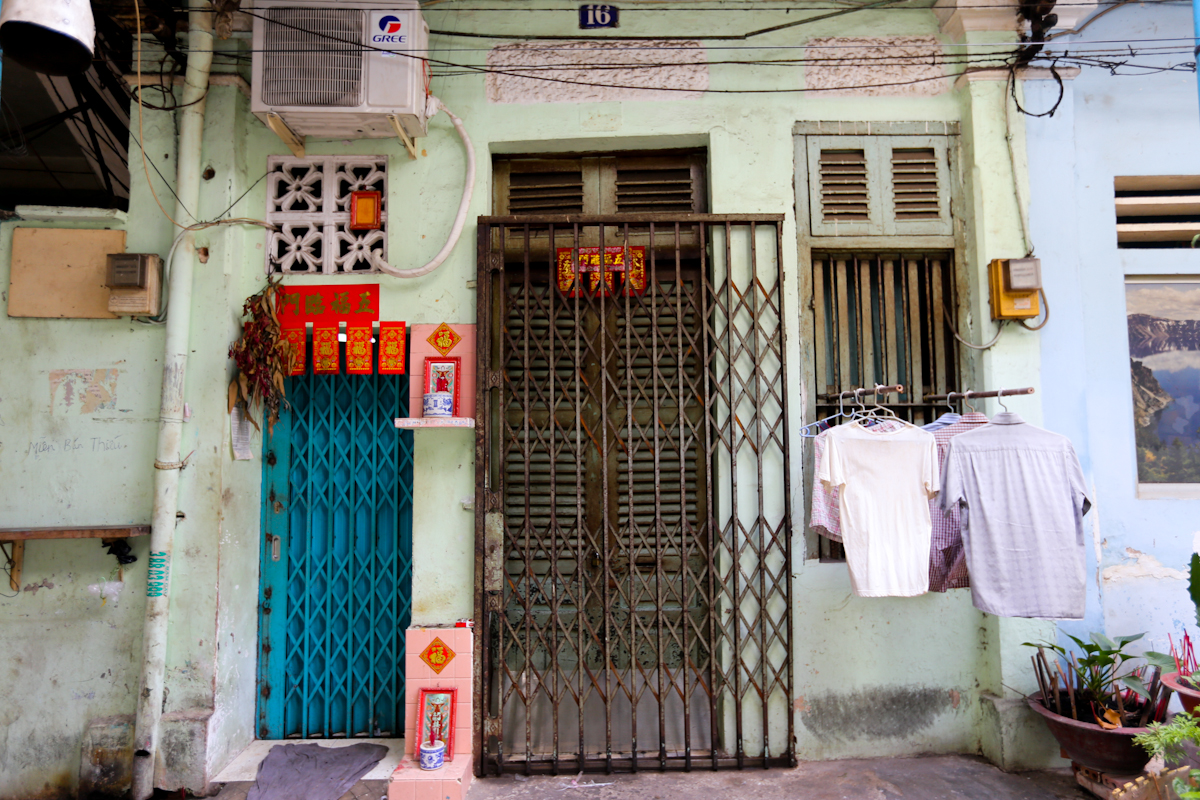