Vietnam resort hotel ranked among the best in the world 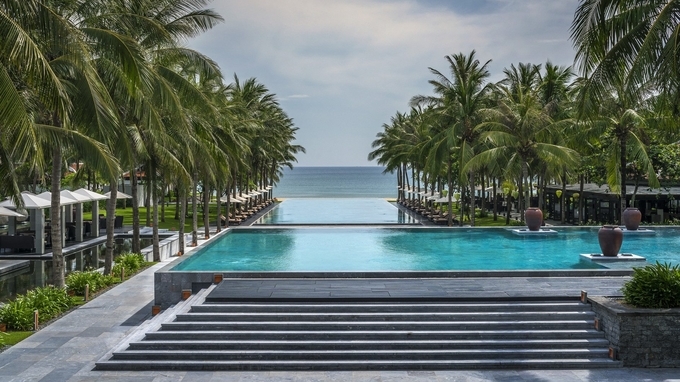 
The Four Seasons The Nam Hai Hotel & Resort in Vietnam has been listed as one of 100 best hotels in the world.

The only Vietnamese hotel in the annual list compiled by the famous Travel + Leisure magazine is a 15-minute drive Hoi An, a UNESCO World Heritage site.

Thousands of readers took part in the magazine’s survey, selecting their favorite hotels based on different criteria including rooms/facilities, location, service, food and value.

The Four Seasons The Nam Hai Hotel & Resort was 89th in the list of top 100 hotels. Standing near Ha My beach in the central province Quang Nam, the resort carries a combination of Asian and modern architecture in a complex of 100 villas.

This year’s list is dominated by Asian hotels with 27 places, while Europe has 18. Topping the list is another hotel in Asia, the Four Seasons Resort Bali in Sayan, Indonesia.

The World’s Best Award is granted by the Travel + Leisure magazine based on results of its annual survey of various industries, including airlines, airports, car-rental agencies, cities, hotels and hotel brands.

Vietnam has become an increasingly attractive destination for foreign tourists. In the first six months of 2018, the country welcomed nearly 7.9 million international visitors, a 27 percent increase over the same period last year, according to the Vietnam National Administration of Tourism.